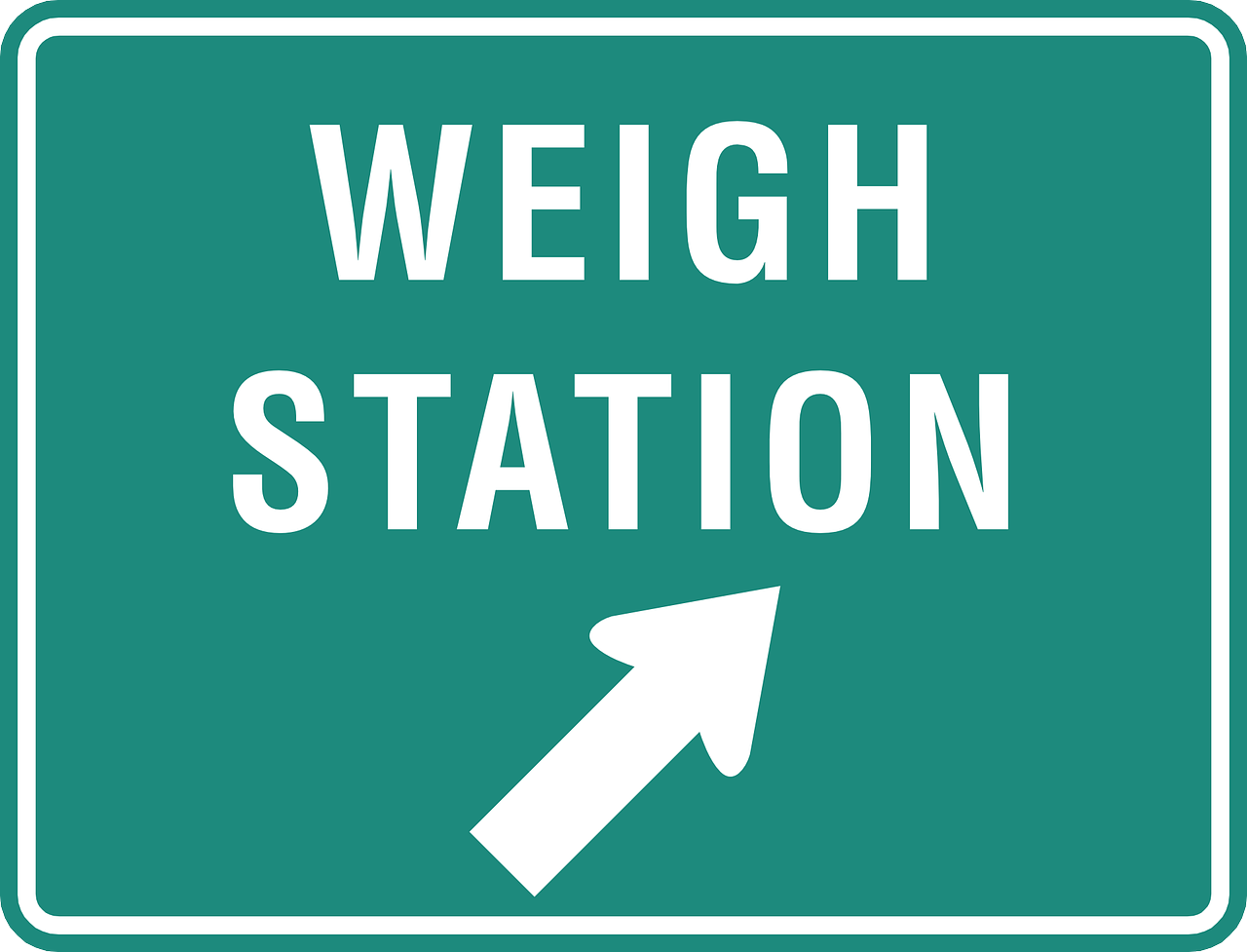 More than likely you have probably seen the stations on the interstate requesting truckers exit off the highway to have their load weighed. Have you ever wondered why they have to stop or what goes on when the truckers enter the weigh station? We have some insight into what happens throughout the process when a semi-truck visits a weigh station.

What Type Trucks are Required to Stop at Weigh Stations?

There are over 1.6 million heavy-duty truck drivers in the United States and of these drivers, any commercial motor vehicle (CMV) which has a weight over 10,000 pounds is obligated to stop at a weigh station. The only exception to this rule is if the trucker possesses a weigh station bypass service such as PrePass. Since so many truckers are required to stop, the likelihood of these millions of truckers causing weigh stations to be clogged is more than probable. For this reason, truckers might refer to congested weigh stations as ‘chicken coops.’ The term comes from the similarity between the confined space that the trucks are forced to be in before being weighed, and that of a crowded chicken coop. With this in mind, for truckers to save time, truck drivers can use apps such as DriveWyze to see if weigh stations are open, what the parking availability looks like, and other valuable information.

About a quarter to a half a mile away from a weigh station, a sign will mark a weigh station and note whether the weigh station is open for truckers or not. Once the trucker exits the highway, the truck driver will maneuver the truck into the right lane to get in line for the scales to be weighed. Most weigh stations have a rolling scale, that a trucker must simply drive past, but this weighing setup differs from state to state. The scale will alert the driver to the speed needed to pass over the scale. After the truck has been weighed, the Department of Transportation (DOT) number will be entered into a computer system to ensure that the trucker’s log was accurate in case the truck is inspected later. After a heavy truck is weighed and verified to be under 80,000 pounds, the trucker will be given a green light to exit the station. At this point, the trucker can continue the way, as long as the truck is not flagged for inspection by the DOT or state inspection officer. DOT Officers or Federal Motor Carrier Safety Administration (FMCSA) agents may stop a truck for inspection if the following situations are seen:

These equipment malfunctions will not pass an equipment safety inspection, which should have been done prior to the trucker starting the journey. If these violations are found, the truck could be declared out of commission. If the FMCSA deems a truck out-of-service, the truck will be towed off site and will not be able to transport or run until all repairs are made to the truck. To verify the proper repairs were made and the truck is ready to be in service, the truck driver will have to produce the signed Form MCSS63 to the FMCSA.

While at a weigh station, the truck is not the only item that could be inspected. A truck driver’s log book, a daily record of the hours-of-service, can also be checked to ensure the truck driver is maintaining regulations set forth by the DOT. These regulations include: required 10 consecutive hours off after 11 hours of driving, maximum 11 hours driving only during a 14-hour period, no more than 60 hours total in seven consecutive days, and no more than 70 hours total in eight consecutive days on duty. The log books are kept electronically via an Electronic Logging Device (ELD) requiring truckers to keep records to comply with regulations and fines for not logging, or not logging correctly, range from $100-$1000+.

At Roane Transportation, keeping our trucks on the road and meeting all necessary regulations in a top priority.  We want our drivers to be prepared for weigh stations as they come up and have added DriveWyze to our Omnitracs service to help aid with this and keep drivers from having to fight traffic last minute. Serving East Tennessee and beyond we put drivers first and make getting them home a priority. Want to learn more about our benefits? Ready to apply? Visit our website today for additional information on these topics and more.

In the face of emergencies such as the COVID-19 pandemic, the supply chains that keep our country moving gain even more importance.

As an essential service provider, Roane Transportation, headquartered in East Tennessee, is committed to your well-being, safety, and security.

Every day since the coronavirus outbreak in America, our drivers and logistics personnel have been and will continue working tirelessly to ensure you have the essential supplies that people need to weather this unprecedented storm.